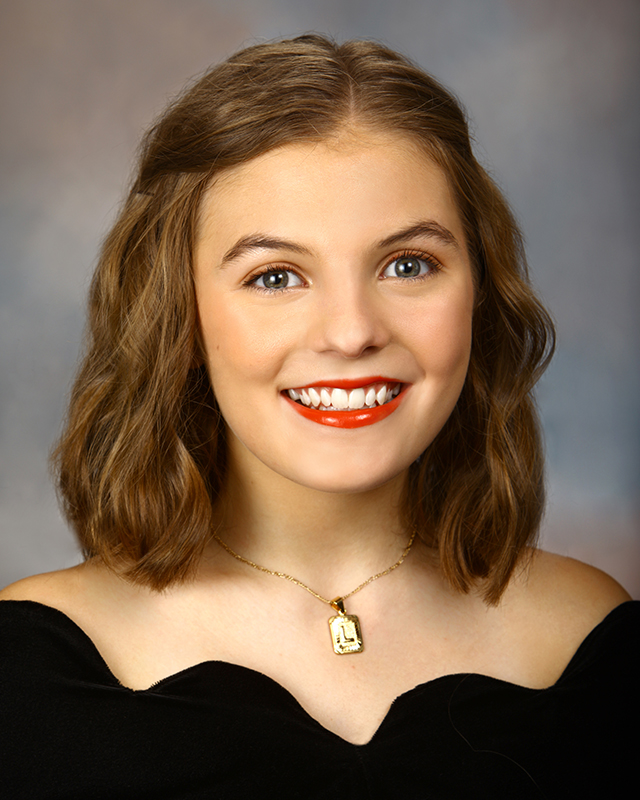 Sacred Heart Catholic School senior Lucy Mellen has been selected as a candidate for the 2021 U. S. Presidential Scholars Program. She is among 86 Mississippi candidates chosen for the program, which recognizes students for their achievement in academics, arts, and career and technical education. Candidacy is based on outstanding performance on the ACT or SAT, nomination by a Chief State School Officer or nomination by one of the Presidential Scholars Program partner recognition organizations. Being selected as a U.S. Presidential Scholar is one of the highest honors our nation’s high school students may receive.

This honor is just one in a long line of achievements for Lucy Mellen. She has received numerous highest average academic awards, Speech & Debate awards, and was named a Top Ten Attorney at the 2019 National High School Mock Trial Competition. Mellen was named Sacred Heart’s Outstanding Undergraduate as a junior. She participates in a variety of extra-curricular activities. She is a member of the Mock Trial and Speech and Debate Teams and has competed as part of the STEM Team. She has served on student council and played varsity volleyball. Mellen is a member of Mu Alpha Theta, National Honor Society, Beta Club and is a founding member of Sacred Heart’s Environmental Club. In the community, Mellen volunteers with Neighbors at Hawkins and served on the Mayor’s Youth Council.

Mellen is the daughter of Drs. Leigh Anne Strong and Philip Mellen. She attends church at Ekklesia Hattiesburg, where she is active in the youth group. In college, she is planning to double major in Environmental Science and Political Science or International Business, and would like to pursue an MBA and attend law school to study Environmental Law.